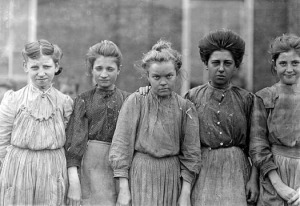 I’ve been looking for a new term or phrase that could describe an economic agenda as a New Democrat a Liberal whose moved past the progressive New Deal and Great Society ideologically. And not to the Left of these programs, but past it and in favor of a new approach to economics. And American capitalist and economic empowerment for all Americans especially those who haven’t found it. President Bill Clinton a fellow Liberal New Democrat in his first term had an agenda called the New Covenant.

The New Covenant was supposed to be what President Clinton would try to accomplish for the country in his first term. And then later when Republicans took back Congress, the alternative agenda to House Speaker Newt Gingrich’s Contract With America. New Covenant is a weak term and has more religious than political meaning to it. The New Deal and Great Society were successful at least politically because Americans could see the goals of these two agendas and what they were trying to accomplish very clearly.

I haven’t found the key catch phrase that I’m looking for yet, but what I’m going to layout with this post is what I believe the role of government is when it comes to the economy. And seeing that everyone has access to economic freedom in America and not dependent on public assistance for their economic well-being. Simply as an American forget about ideology for a moment, I believe that all Americans have the right to make their own beds in life and live up to their own full-potential.

That all Americans have the right make the best out of life that they possibly can, but they also have the responsibility to live with the decisions that they’ve made with their own lives for good and bad. And that means keeping most of the rewards for their production, but also have the responsibility of paying off their own debts from making bad decisions. And paying their fair share in taxes that they owe as well as a cost for living in a civilized developed society. But also paying for the advantages that come with living in a liberal democracy with all the freedom that comes with that especially in the wealthiest and most powerful country in the world.

In other words I do not believe it is the job of government federal or otherwise to provide for us most if not all the things that we need to live well in life. Government just have the responsibility to see that we all have the opportunities to obtain the freedom and power to be able to take care of ourselves. And then hold us accountable for the decisions that we make for good and bad. So now you know I’m not a Social Democrat or a Democratic Socialist and at least by the popular definition, not a Progressive.

But I am a Liberal Democrat who believes in liberal democracy and that liberal democracy should work for everyone and that government including federal does have a role to play with that. Just not most of the responsibility and certainly not all of it either when it comes to economic policy. And I’m mostly about education and seeing to it that all Americans have access to a quality education from K-12, as well as college. And want to see universal higher education in America so we can all have access to it and government can play a role.

A role not the only role in seeing that all Americans can afford higher education in this country. But even with the best education system in the world, we would still need a public safety and a private safety net there for people who fall through the cracks of this liberal capitalist economic system. As well as for people who for whatever reasons do not have the skills that they need to do well in life, especially if they also have kids. And we also need to make sure their kids get what their parents or parent didn’t get which is a good education.

So no again I’m not a Social Democrat or Democratic Socialist and do not put my economic philosophy around a welfare state and government, federal or otherwise. But my philosophy is built around the individual and ensuring that the individual has the tools that they need to do well in life. And yes government including federal has a big role, but not the only role here. Instead I believe in what I would call an economic empowerment system where the safety net would be part of that. So all Americans can have money to cover their short-term bills. But long-term this safety net would be there to empower people who need it to be able to take care of themselves. And again that is where education and job training play a big role there.